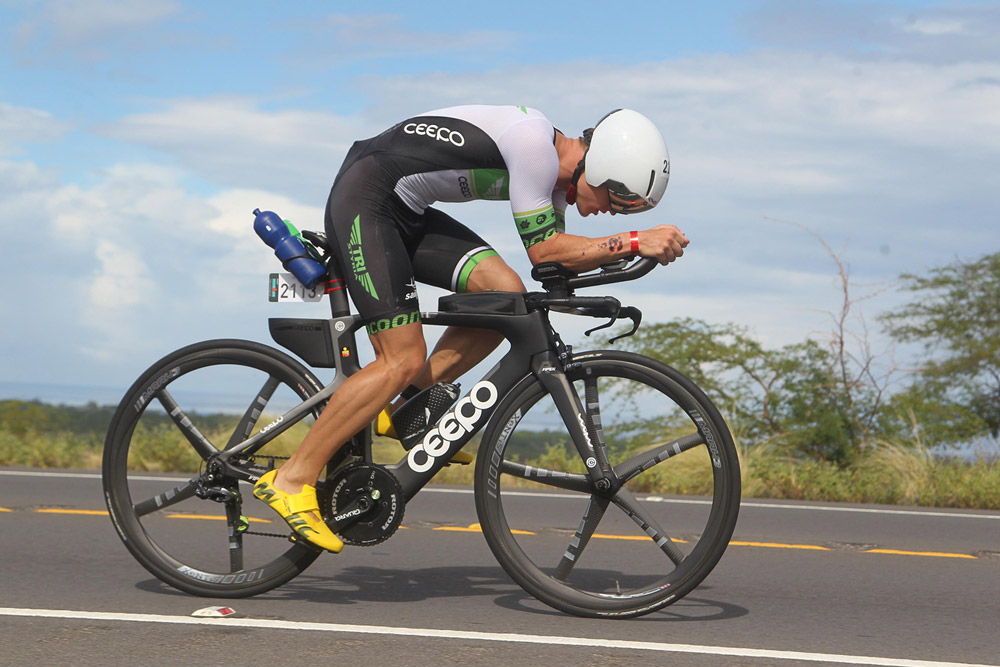 In the course of the Ironman World Championship 2018 in Hawaii I was allowed to ride the brand new XeNTiS Mark3 in competition on the island with the support of XeNTiS Carbon Wheel Technology. In direct comparison to their previous model, the Mark 2, these wheels feature a completely redesigned rim design. In addition, the rim height has been reduced to 42mm. This results in a better running smoothness with side winds and of course also reduces the total weight.

Since I have been riding the Mark 2 and the Blade disc wheel since 2017, I had high expectations for the new wheels and was thrilled after the first few test kilometers with the prototypes that were provided to me in advance. The smoothness of the Mark 3 was outstanding and in direct comparison noticeably better. Especially the crosswind susceptibility, which was already very good with the Mark 2, was considerably minimized. In addition, I also noticed an improvement in stiffness, which I learned to appreciate especially on longer climbs.

After a competition and some training kilometres I was confident that I had found the perfect setup for the World Championship. Already at the first ride on Big Island, where I had caught a very windy day, I was sure to have made the right decision! The Mark3 were incredibly calm, no matter where the wind came from and I felt like I was riding on rails. Even with stronger gusts, which sometimes can be violent in Hawaii, I never got into trouble and could feel how confident the wheels did their job. Due to the rim width of 25mm and my 25mm wide Continental GP4000S2 the general riding comfort and the puncture safety were also very good. For the future I also find it an advantage that the Mark 3 are tublessready, as I also intend to ride such tyres in competition.

In the race I was really happy with the Mark3 and also the bike time of 4:39h was more than I expected. Of course, this was also due to the really optimal conditions and above all the smooth running and aerodynamics of my XeNTiS wheels and the overall system.

I’m really looking forward to the coming season and the use of my XeNTiS wheels!